After living with my Zoey being sick for about 3 years and having to take him in for a final visit, I thought that I couldn’t love another boy kitty again. After a few months of letting my girlie, Xena, be Queen of the household, it was time for her to have a brother or sister. I found Cat Guardians online and I visited the shelter a couple of times and looked at so many beautiful cats. Of course I couldn’t decide but I kept asking where Petey was every time I went. When I first met him, he was so playful. Had a rough side to him but I loved it…so did my Zoey. I finally decided on Petey but I really didn’t know what was happening at the time. Now that we’ve been so happy together, I know that he saved me and not the other way around.

I cannot put into words what this beautiful soul has brought to my life. He actually doesn’t meow, he coos like a baby would. It is so cute! He must know I’m talking about him because he’s sitting right beside me now. He’s actually always with me. He even does that look when he first wakes up..eyes half-mast with that look “don’t talk to me until I”ve had my coffee!” Just like his momma. He runs his sister ragged and irritates her every day but when he’s not around her, she looks for him. They chase each other and you just know they’re having a good time. He tries to eat her food but she loves him so she always shares with him. They actually look like twins accept for she’s a little thing and Petey is growing into a big beautiful strong boy.

Thank you Cat Guardians for filling a hole in my heart. Every time I look into his eyes I know there is a God and that my Zoey chose him for me. This is the only reason why I think I kept asking where Petey was when I first came to you. Just know that this adoptive parent showers him with love and kisses every chance I get and I wouldn’t know what life would be like without my Stinky Butt (you really don’t want to know about that nickname LOL)

Thanks so much for letting Petey be a part of my family. I know the loving ways he possesses is because you love each and every animal you have. I’ve attached a picture that shows Petey on his favorite bed in front of the fireplace.

God Bless You and the selfless work you do! 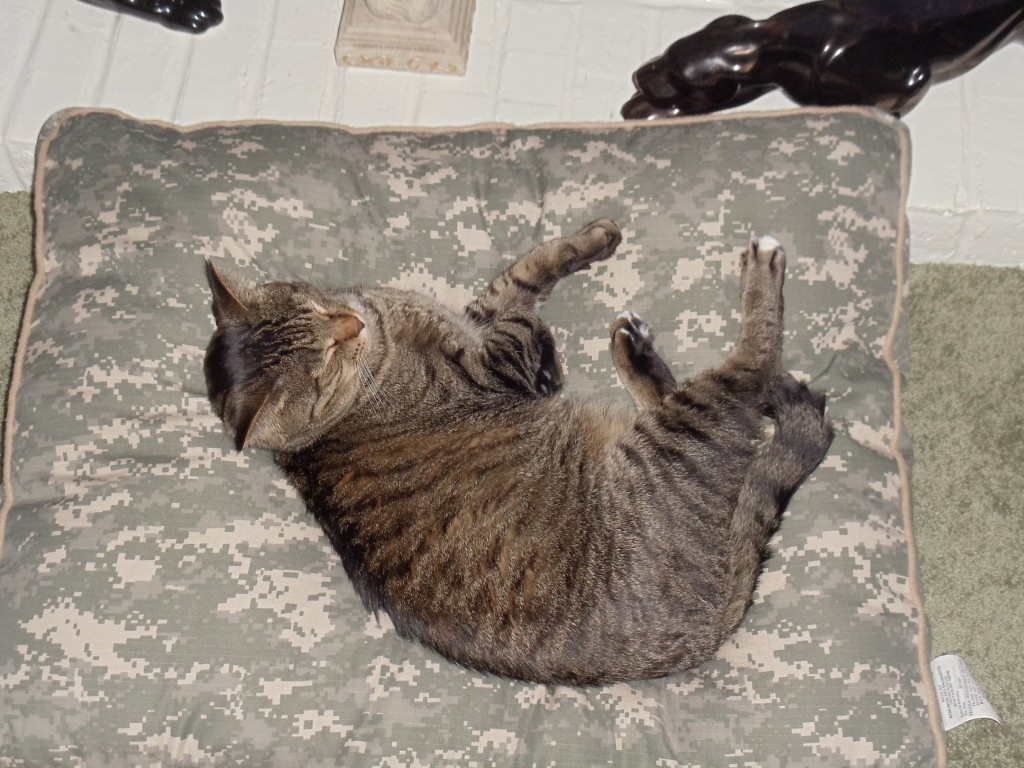