Joey is a handsome, buff boy, who was originally adopted out by Cat Guardians, but came back after his owner passed away. He doesn’t understand why he is in a new environment and is having difficulty adjusting to having so many new roommates. Joey is asking his new parent to be patient with him and to show him that the world isn’t such a scary place after all. He has so much love to give, just needs a little help to bring him out of his shell. Are you that person? 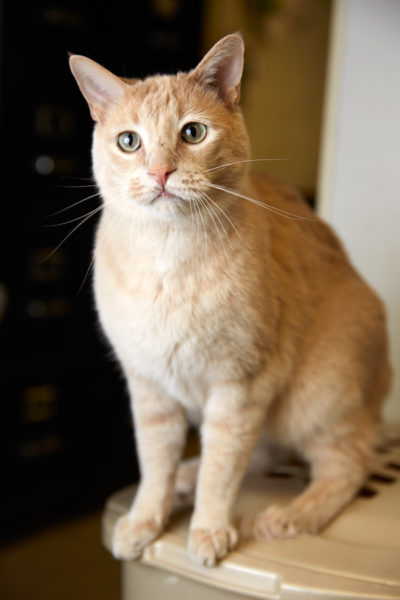