A volunteer had been feeding a colony of five cats outside her apartment. The landlord decided he wanted them gone, so our volunteer contacted a local TNR group in November, 2011. The volunteer didn’t want to see all of them put back out in the cold, so Cat Guardians agreed to take the two with the best chance of being socialized. Given how feral they were, this was all relative of course. After allowing them to settle in and after noticing they slow-blinked back at us in between all the hissing, we knew we could work with them.

“Mon Felis” was a big boy with a loud hiss. We changed his name to Jade, a precious stone considered to have strong energy. He wasn’t afraid to lash out at people who reached into his cage, and even knocked a bowl of food out of someone’s hand at feeding time. Socializing him went slow at first, because he was so afraid of people. We read him a couple chapters of the Steve Jobs biography, shared food with him and slowly got him used to being touched, then being petted, and then being nuzzled. After three months, he was on his way to being the sweet boy he is today. 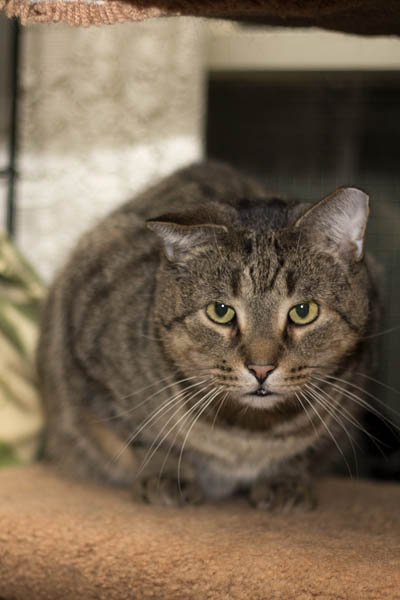 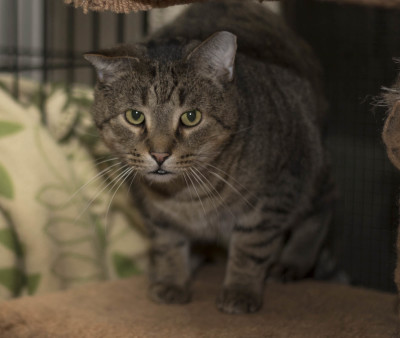