I’m too young to be adopted at this point, but I’m working hard on eating, sleeping, playing and growing up so I can find a forever home someday.

In case you are curious, the day I came to the shelter was the 31st anniversary of its grand opening. To celebrate, we were all named after people who were there for the grand opening. Isn’t that just GRAND! 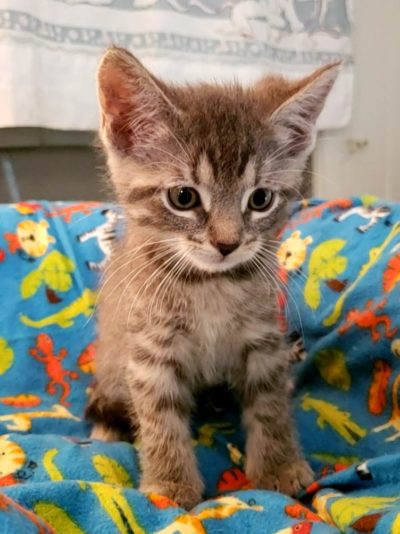